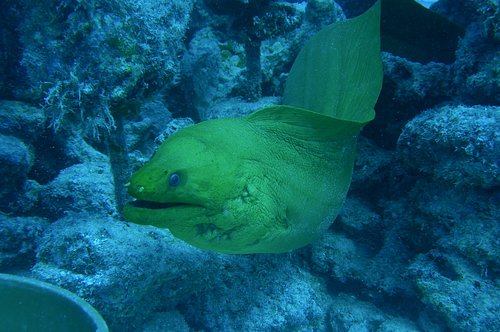 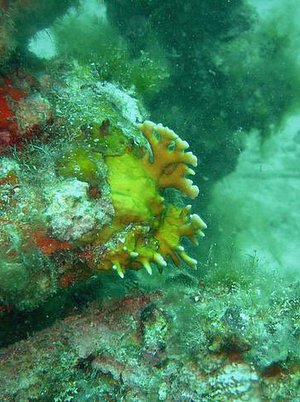 Terra Sub Aqua (TSA), is an unusual business that shares appreciation of the beauty and biodiversity of the offshore coral reef environment in the Florida Keys.

We operate as a for-profit ocean farming enterprise, but unlike most businesses we radically improve biodiversity in the area where we operate by providing new habitat. TSA is a commercial marine sanctuary for hundreds of species of fish, invertebrates, and plants that live in a booming marine community which would not exist without our work;  the area was previously  "sand flats," like an underwater desert.

Since the live rock and corals we grow for sale here compete directly with the unsustainable reef harvesters operating in the Pacific and Caribbean, we get extra satisfaction from helping protect the vanishing coral reefs around the world every time we stock an aquarium with our products.

We can appreciate artificial rocks and corals (unless they call them "Real!") because it's better than taking from natural reefs, as some countries outside the U.S. still allow. However, there is a limit to the educational and enjoyment value of artificial reef products, it's akin to having a coral reef "screen saver" on a video display, instead of a real aquarium.

There are aquaculture operators that don't benefit the environment when they rely on fish and critter collecting for their main income; when functional parts of an ecosystem are taken especially from higher in the food web, what remains doesn't work as well.

Some importers from overseas take broken coral fragments from reefs for "grow out" in onshore or in-water racks until they can call them aquacultured. This doesn't do much for the environment either, but at least it is reducing the damage compared to mainstream practice.